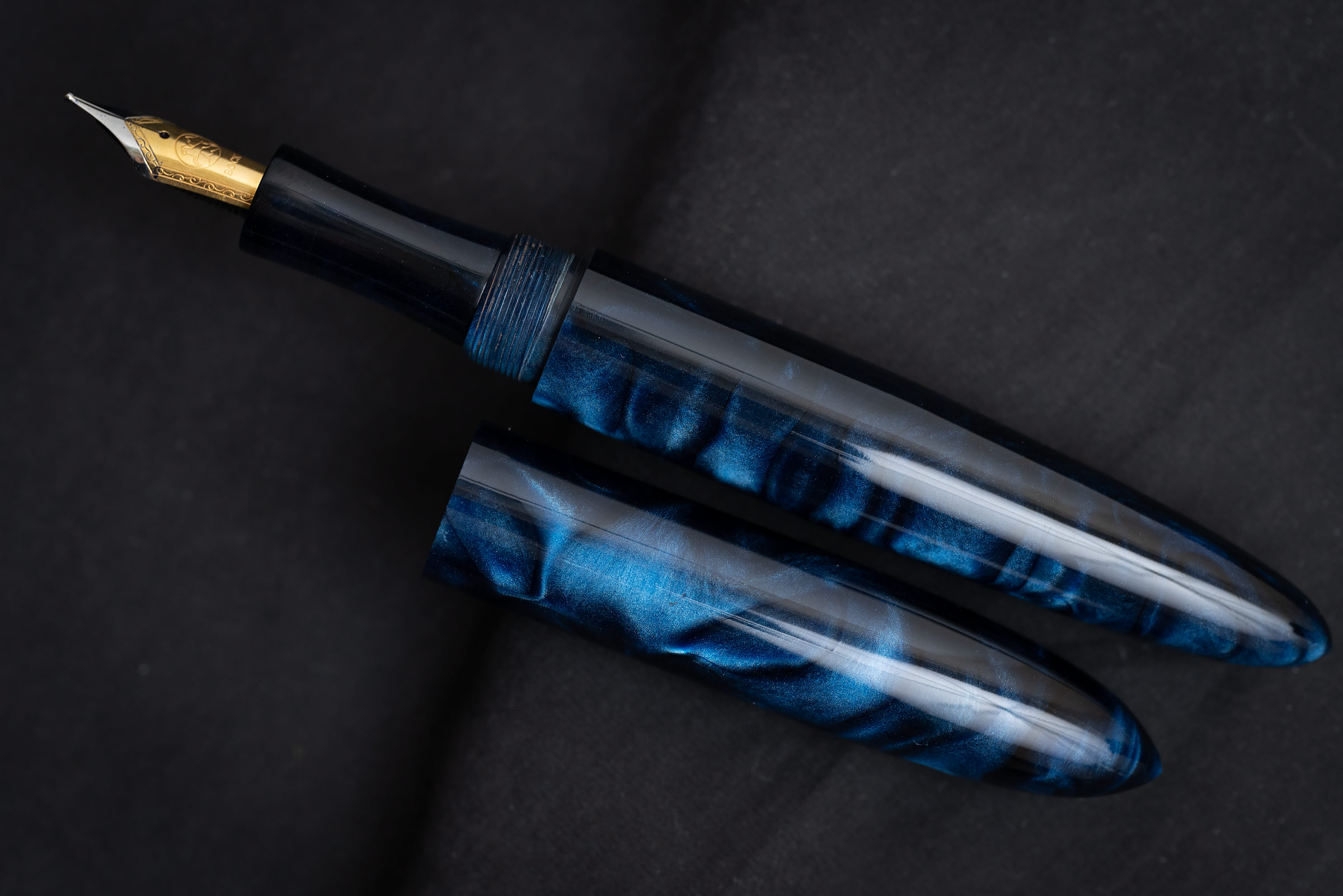 I’ve purchased several Indian fountain pens from Kanwrite, Click, and Fountain Pen Revolution and I’ve really liked most of them, but this is the first one that has been a true work of art.

As the name suggests, the Ranga 9B is a very large fountain pen: it’s seven inches long and 3/4 of an inch thick. Yet it doesn’t feel large in the hand; the weight makes it feel substantial but it’s well balanced and easy to use.

The acrylic that I chose is called Sapphire Sea (their R45), and it really ends up being the star of the show. From two sides, the pen is glossy black for all practical purposes, but rotate the pen ninety degrees and the depth of the shimmering blue will draw you in, swirling like smoke but sparkling like the stars.

The cap unscrews from the pen with three quarters of a turn, and there are two starts to the threads, so you can align the cap and body so that the chatoyancy matches in both parts or so that they’re staggered. Frankly, I’m impressed that with a hand-made pen the chatoyance matches so perfectly when the pen is capped: my (less expensive, machine made) Tianzi and Kaigelu pens do not.

I chose a Bock #6 double-broad nib, and it’s wonderfully smooth. When you order from a Ranga group buy as I did, you choose among hundreds of options in a Google Doc form, with dozens of acrylics and ebonites, nibs and polishes. This pen was $69, but I paid $5 extra for the double broad nib.

This is a cartridge converter pen, but it would probably make a good eyedropper; the threads to unscrew the section from the body are long and fine. It takes ten and a quarter full turns to unscrew the grip section.

This is a pen that I’d wholeheartedly recommend to anyone who is interested in owning a large pen.