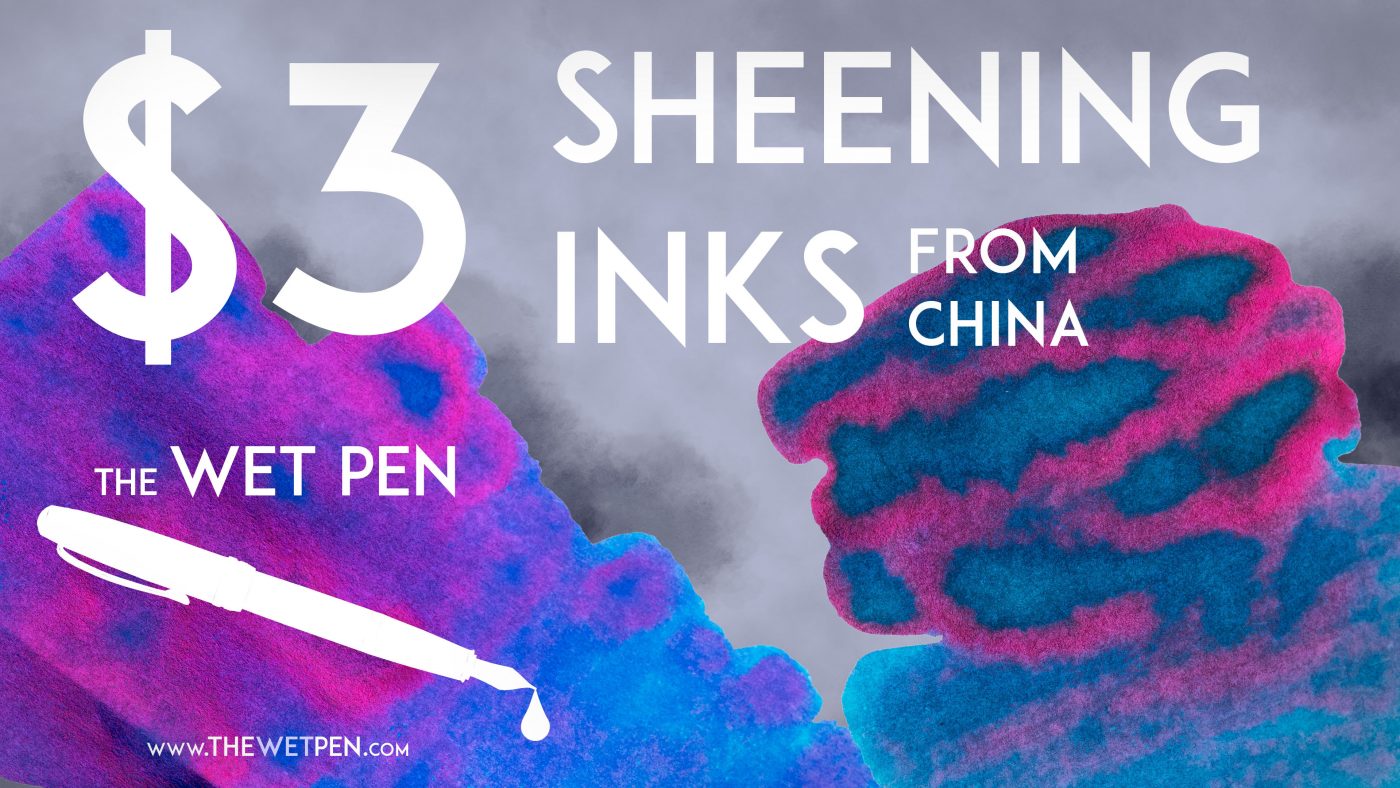 I’ve had pretty terrible luck trying to order inks from China, but these two inks have been exceptions to the rule. I first ran across Volga River and a photo that made it look like a vibrant true blue ink with heavy sheen, and I was happy to find Pine Forest listed along with it, and at about $2.40 each (plus shipping), I ordered them immediately. Later, I discovered another seller had another couple of inks in the same line, one called “Aurora” and one called “Plumage”, and I ordered them too, but they still haven’t arrived… it’s been about a month.

Volga River (aka, Lake Volga) Ink is a nice medium blue that leans slightly to the green side of the hue. Sheen is quite heavy in normal writing with a moderately wet pen, and drying time is about typical for a heavily sheening ink, which is to say, slow.

I had expected a darker, greener color from an ink called “Pine Forest”, but the alternate name for the ink “Forest Morning” is actually quite fitting; we get the blue green color of the morning sky through the trees, perhaps, with sunrise tones on the clouds represented by the moderate amount of magenta sheen.